Is European trademark protected in all EU languages?

Is European trademark protected in all EU languages?

As you may know, there are 24 official languages in EU and some 60 regional and minority languages. So there are a lot of different expressions of the same word, idea, thing, element. If English say “Apple”, Spanish say “Manzana”, Lithuanians say “Obuolys”. So if you register a word mark “Fish” for electronic goods, can another company register “Pescao” (“Fish” in Spanish) for the same goods in EU? Would there be a likelihood of confusion between the marks?

There is no clear-cut answer to this question. As most disputes and legal suits are solved on a case-by-case basis, no exception is the similarity of trademarks. The evaluation criterion to be taken into account when evaluating the similarity between the marks in different languages are:

I) The relevant consumer and the attention of consumer:

If the attention of consumers is low, the different languages can mean there is no likelihood of confusion, and the marks do not mistake the consumers. For example, the European Court of Justice (CJEU or Court) ruled that different languages ‘are capable of impeding the immediate discovery of the similar hidden meaning of the signs at issue, both for the francophone and anglophone consumer with an average level of attention’ (see, GOLDEN BALLS v. BALLON D’OR, CJEU Joined Cases C-581/13 P and C-582/13 P, para. 51.)

If the consumer speaks both languages, there is a conceptual similarity between the marks and there exist confusion between the two. European Union intellectual property office (EU IPO or Office) practice has established that ‘in the light of conceptual similarities for at least the French-speaking public, the trademarks (GOLDEN BALLS and BALLON D’OR) have a ‘certain degree of similarity’ (see GOLDEN BALLS v. BALLON D’OR, EU IPO Opposition Proceedings No B 1 291 121).

Marks are always compared visually, aurally and conceptually. If the comparison is favourable, there is a similarity between the signs.

For example, in the case CIRCUS OF HORRORS v. Circo de los horrores the signs we found to be aurally similar. Quoting the case: ‘Aurally, for the English-speaking UK customer the pronunciation of the first syllable of the signs (‘cir’) are identical and of the second syllables of the signs ‘- co’ and ‘-cus’ similar to a certain degree. The pronunciation of the last word element of the marks ‘horror’ and ‘horrores’ are also similar to a certain degree due to the fact that they share the first two syllables. The remaining words ‘of’ and ‘de los’ are different. The signs are therefore aurally similar to an average degree.’ (see CIRCUS OF HORRORS v. Circo de los horrores (fig.), EU IPO Second Board of Appeal, R 333/2017-2, para 23).

If marks are similar at least to some degree, the confusion between them can be established, when the similarity of the wordmarks at issue, which are in different languages, are conceptually similar, that is the relevant public understands the signs at issue as having similar or same meaning. But if the signs at issue differ as regards the language enabling their respective conceptual content to be understood and that linguistic difference is capable of preventing the relevant public, at least to some degree, from making an immediate conceptual comparison, there should be no similarity between the marks (see GOLDEN BALLS v. BALLON D’OR, CJEU Joined Cases C-581/13 P and C-582/13 P, para. 61).

III) The distinctive character of the mark

If the earlier mark has a low distinctiveness, there are less similarities between the marks and less possibilities of consumer’s confusion.

For example, the trademark containing word ‘love’ was considered to have a lower degree of distinctiveness. Perceived meaning of ‘love’ was considered to be purely laudatory, i.e. that the goods/services are made/rendered with love or are held in deep affection by the target consumers, and not per se as an indication of commercial origin. An overlap of such a non-distinctive element cannot result in a likelihood of confusion on the part of the relevant public, which will focus on the distinctive elements in the signs at hand (in the current case combined word ‘Meatlove’ as a whole and the word ‘carnilove’ of which the meaningless word ‘carni’ is the most distinctive element if dissected). The final decision was that the differences in the beginnings of the conflicting signs outweigh the overlap in their final letters ‘love’, which does not constitute a distinctive element per se in either sign. (see Trademarks: Meatlove v. carnilove, EU IPO Fourth Board of Appeal, Case R 264/2018-4).

IV) If the earlier mark has a reputation, the possibility of confusion is more likely.

If the earlier trade mark’s brand image is highly positive on account of the prestige acquired over time, there are higher possibilities of confusion between the marks. The likelihood is higher, that translated trademark would benefit from the appeal of the earlier trade mark. The use made of the trade mark applied for in respect of ‘close’ goods and services would take unfair advantage of the repute of the opponent’s trademark. (see GOLDEN BALLS v. BALLON D’OR, EU IPO Opposition Proceedings No B 1 291 121).

So does EU trade mark registered in one language are protected against the use of another mark in another language having the same meaning?

Well, the possible answer to this question is NO. Very unlikely your trademark can be found similar to all the 24 corresponding languages. But to remind you, there is no one-size-fits-all solution. Depending on the signs at issue, they can be either similar or dissimilar. Its previous decisions bind the Office or the Court, but each case has to be dealt with separately and with regard to its particular circumstances. All the above factors must be evaluated before deciding if the marks are confusingly similar. Not to forget, that the judges in the case also have different reasons and perceptions.

We can help you with your Europe Union trademark registration. Push here! 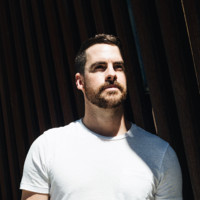